For as long as he can remember, "kai man" Karl Russell has gathered food from the Opihi River.

"I have eight brothers and four sisters. My father was a labourer and money only went so far in those days so we basically supplemented our food with the traditional kai like eels and whitebait from the Opihi River."

“Because we didn’t have stock banks at those times, when the river flooded, the farms used to flood so all the eels- thousands of them- would go out into the paddocks to feed on the drowned worms.

“As soon as the floods started dropping, we used to be sent down there with sacks to collect the eels trapped in the paddocks.”

Karl says he gained a lot of his knowledge from being there at the Opihi River as a child.

“You weren’t just collecting kai, the importance was in learning about how a river lives and breathes.”

Karl’s father was key to teaching him how to understand the seasons of the river.

“He was looking at how much snow was falling on the ranges and therefore how much water was going to come.

One of the most important lessons Karl learnt from his father, which he is adamant everyone must understand, is to never take more food than you needed from the river.

“If you ain’t gonna eat it, you better not kill it. End of story. I’m pretty hard on that.”

“You grow up with old people telling you 'that's enough boy. Remember next week when you might need to come back and get some more’. That’s all part of the whakapapa of the Opihi. It was a food basket for our people.”

In the late 1970s, commercial eeling began in the Opihi River, with companies catching eels by the tonnage. By the mid-1980s it became clear to the local iwi that things were taking a turn for the worse.

“We'd have a tangi at the marae, and send 10 to 20 guys out to collect four sacks of eels and they'd be out for hours and come back in with half a dozen eels. The eels just weren’t there and what was there was small.”

In the 1990s, following the treaty settlement, an eel management plan was put in place which included trigger points used to indicate when to reduce quota.

“That worked for a while but there was still no real improvement to the system.”

So the rūnanga went for a mātaitai –protection order- on the Opihi and Temuka rivers. This banned all commercial fishing on these rivers.

“It’s mind-boggling the improvement that made,” Karl says.

But there’s still a long way to go to restore the Opihi and its tributaries to their former glory, Karl says.

“Nature, left to itself, can heal pretty quick, but it would require some drastic measures.”

Generations of evolution and human development have influenced the way our tinana, or our body, functions, and how it responds to the kai we eat. Most of the kai around us today has emerged as the result of an industrial food system. Years of scientific development have conditioned our palates to prefer foods full of ‘flavour’. These are foods that are often highly processed and full of sugar or fats. Most of us now crave that sugar hit, or that fatty burger because of it.

Once upon a time the food market looked very different for Māori, and as a consequence our bodies did too.

The traditional Māori food system originates within the narratives, or pūrākau, of the offspring of Rangi and Papa. The children of Rangi and Papa are considered the kaitiaki of the various realms on Earth. This includes Tāne, who resides over the forests, Tangaroa over the ocean, Haumiatiketike over uncultivated foods, and Rongomātāne over peace and cultivated crops, to name a few. In essence, the traditional foods available for consumption by Māori were considered to be shaped by the environment, and shared whakapapa or a lineage and connection to the various offspring of Rangi and Papa. Māori kai had the power to carry the energy or essence of atua to feed our whānau, tinana, hinengaro and wairua.

Kūmara in particular was an important food source for Māori. Compared to the tropical climate in other parts of the Pacific where kūmara can flourish, it struggled to grow in the colder conditions here in Aotearoa. Through improved technology and growing practices the kūmara soon began to thrive in parts of the country, and with limited sources of carbohydrates available, it quickly became integral to Māori communities. All aspects pertaining to the kūmara from planting to harvesting, to cooking and eating were ritualised and connected to the atua of peace, Rongomātāne. This enabled useful information to be shared amongst communities and passed on through successive generations. 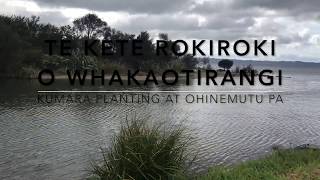 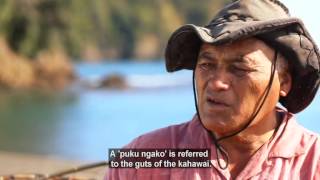 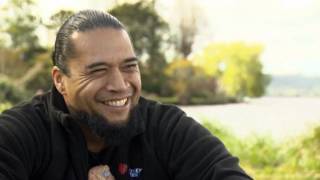 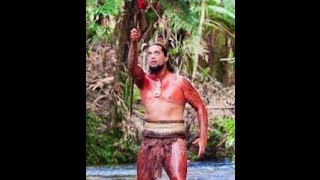